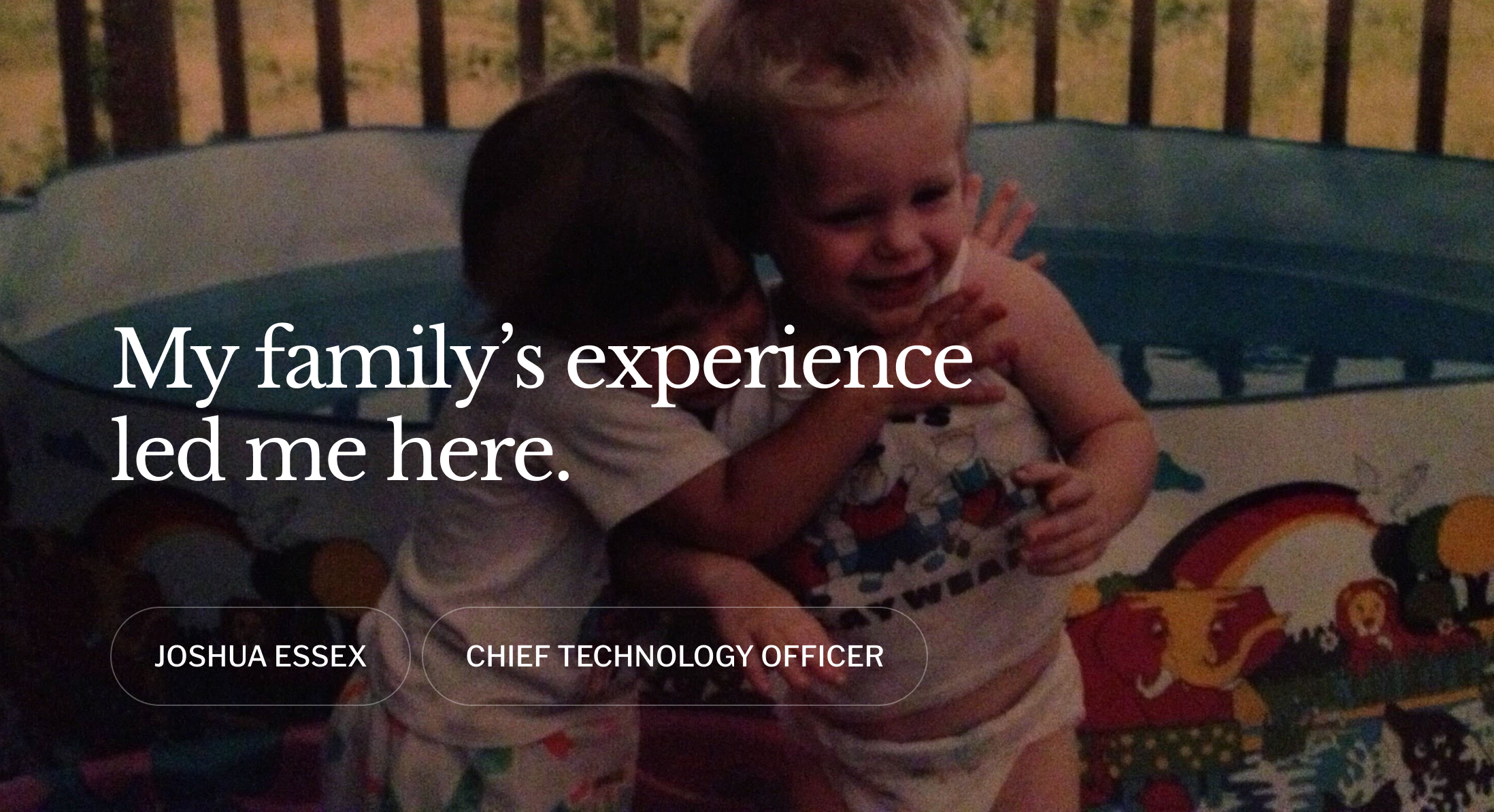 As the chief technology officer at Recidiviz and the one introducing most of our new teammates to the company, I frequently get asked about my story. Why Recidiviz? Why care about what happens inside the criminal justice system?

What people really want to know is: How could I possibly understand anything about it?

It is a fair question and I can see why they ask. But for me, this is deeply personal. It is about growing up in a small Virginia town west of D.C., a town that had a few hundred people and felt like a freeway stop for most people passing by. It is about being part of a family that has struggled with addiction for generations.

But mostly, it is about two sisters: my cousins, Beth and Sarah*.

As a kid, some of my favorite memories were going to my aunt and uncle’s house in the summer for pool parties. Swimming almost every day with my friends and family was one of my favorite childhood memories. Beth and Sarah – their girls – were teenagers when I was little, more like aunts I looked up to rather than the cousins they technically were. They spent a lot of time playing with me, taking care of me on those sun-drenched summer days, and they helped shape my happy childhood. But kids are more perceptive than we know, and from a young age, I could start to see the signs of addiction taking root in some of my loved ones. I started to see them struggling.

That struggle continued and, in fact, Beth and Sarah had almost identical narratives.

Both struggled for a long time with drugs and alcohol.

Both were on-and-off single moms to daughters.

Both were in and out of their parents’ home, lacking stable jobs and independent housing.

And both were finally arrested, tried, and ultimately incarcerated for similar drug offenses.

But this is where their stories diverge. Beth was sent to jail in a wealthy nearby county, where she was able to get resources she needed: support to get clean, get education, find work. She maintained her sobriety and became a registered nurse (which didn’t surprise any of us who always knew her knack for healing). Today, she has a loving partner, owns a beautiful home, and continues to live a peaceful, fulfilling life. Our family is proud of her resilience. She’s what happens when the system works like it should: rehabilitation and reintegration that strengthens families and communities.

Sarah wasn’t so lucky. She ended up in a different county jail where she just sat and suffered in a small concrete box about the size of a parking space, with no support, limited access to her loved ones, and no community or programs for the entirety of her sentence. After she was released, she had consistent trouble finding stable housing. She never quite found a fulfilling career.

Early one morning in 2017, I got a call from my mom. Sarah’s parole officer had stopped by her job for a random drug screen and it came up positive. He sent her to jail for the weekend, to sober up in “the drunk tank.” It was just enough time for her to go into withdrawal but not enough time or preparation to actually ride it out. 48 hours later, she was released and immediately went to use.

Sarah overdosed and died. She was 43 years old.

She left behind her 20-year-old daughter, a brand-new baby grandchild she never got to know, and the rest of a life she deserved to experience.

For my family, it was crushing. The pain also felt, somehow, inevitable after her decade of struggle with the criminal justice system. My family tends to be pessimistic about this system. Most of us haven’t seen many examples of what life’s possibilities can look like – the many paths it can take that are different from the world you were born into. But we knew that this shouldn’t have happened – because we saw what could have been through Beth’s story. The outcome was sad and infuriating.

And it galvanized me to help start Recidiviz.

We are just one family; I know that. There are thousands of people, disproportionately Black and brown, who have stories just like ours. The details might be different, but the outcome is avoidable. We should be setting people up to succeed by wrapping them with love, resources, and support.

Recidiviz is my path to restoring families by helping criminal justice agencies make better decisions – safely releasing people who should not be in prison, on parole or on probation. I do this work in honor of my family and all the people who should be free and safe in the arms of their families.

*I changed the names of my cousins to respect their privacy.