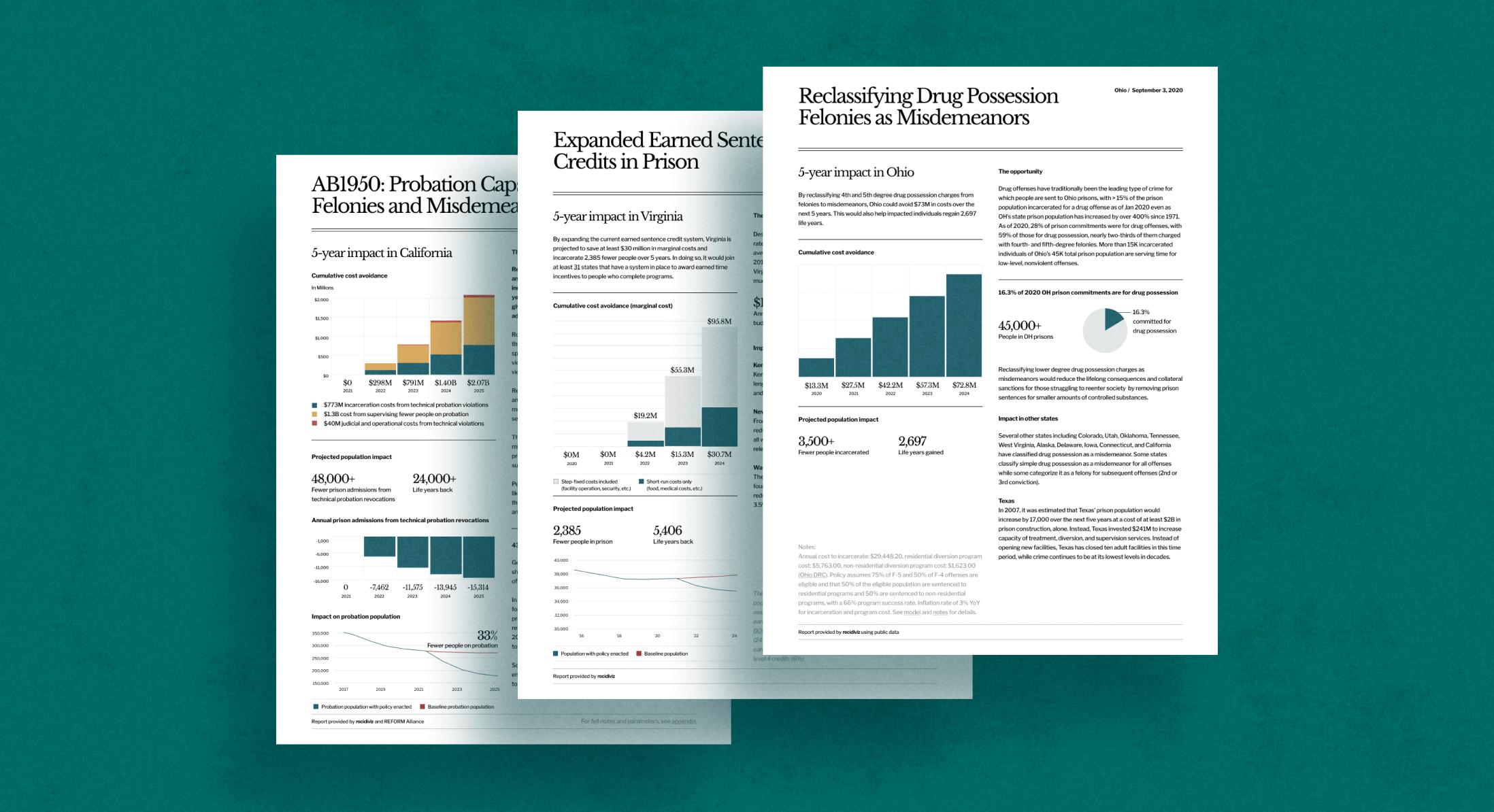 Today, Recidiviz is announcing a new project to support advocates and policymakers with impact analysis during the upcoming legislative session. Since January, the criminal justice reform landscape has shifted. We’re seeing:

Combined, these forces are creating a surge in reform momentum as we head into January legislative sessions. To take advantage of this incredibly unique moment, Recidiviz is launching a new project — called Spark — that is designed to help policymakers turn the current momentum into long-term progress.

“With a new wave of COVID-19 hitting, many states are looking for ways to reduce incarcerated populations safely. Budget cuts and public calls for racial justice are also forcing policymakers to take a hard look at the problem,” said Andrew Warren, Recidiviz’s Head of Product.

Over the next six months, the initiative will produce impact analyses for policy proposals under review in legislative sessions across the country, supporting groups from both sides of the aisle to focus the legislative debate around sound data and the full impact of proposed reforms.

Legislators, researchers, and advocates can request impact modeling here. Completed memos will be made available on the Spark website.

SB5033 will restore discretion to VA prosecutors to drop charges & craft deals that incentivize treatment, rehab, & community service in exchange for eventual reduction/dismissal of charges - @AFPhq says it could save taxpayers $45M + save 1400+ life years per year @mikemullin4VA https://t.co/UiONy7GovZ

Over the past few months, we’ve piloted Spark in six states, creating impact memos requested by advocates on both sides of the aisle:

If implemented fully, and based on the model’s assumptions, over the next five years, these policies have the potential to:

Memos are now in progress for policies in eleven additional states.

Spark is designed to equip advocates and policymakers with the data needed to motivate sound policy choices on a compressed timeline.

We use a probabilistic flow model to generate impact statements for reforms that span policing, pre-trial, sentencing, corrections, and supervision.

Our model forecasts both human and fiscal impact. We also include comparisons that identify when states are outliers among peers — in spending, length of stay, recidivism, or trajectory — to help partners identify the right approach to motivating change.

Thank you to our advisors